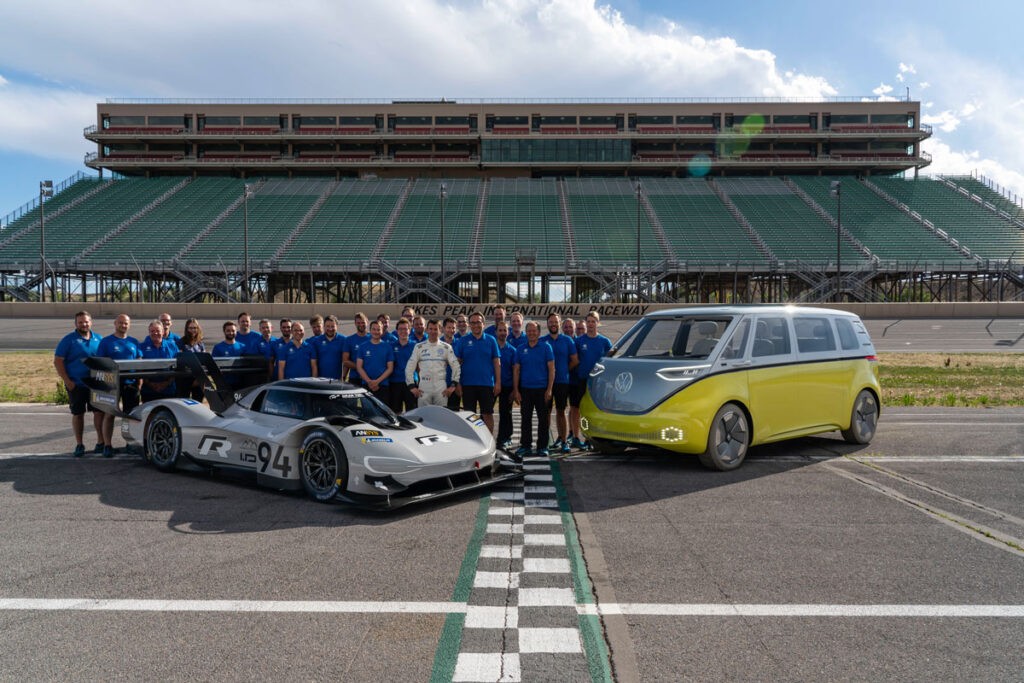 The Past & Future of VW EVs!

EVs and IDs and racecars, oh my!

You may have heard of the all-new electric Volkswagen ID.4, but did you know that Volkswagen has been in the EV business since 1970?

The first electric VW was a T2 Camper, dubbed the Elektro Transporter. The T2 Elektro was powered by a 17kW/23hp continuous output electric motor. It had a range of nearly 50 miles, a top speed of 43.5 miles per hour and you could plug it in to a normal outlet. There were about 120 of them produced (including dozens of different versions) over the next few years; only 20 were sold. In 1976 came its first hybrid vehicle and, later that year, came an electric Golf - the Golf CitySTROMer. It became commercially available in 1981 and a couple of years later came the Golf Hybrid. The 90s saw the Golf III CitySTROMer electric vehicles and sold a total of 120 of them. Real, volume, consumer production of Volkswagen electric vehicles truly began in the last couple of years with the ID.3 release in Europe and the ID.4 here in the United States.

But the current VW electric vehicles aren’t just evolutions from the experiments of the 70s and 80s. The all new MEB-based platform evolved from Volkswagen’s racing heritage. MEB stands for “modular electric drive matrix” - and it’s the platform for all of Volkswagen’s ID models. The ID performance division made headlines back in 2018 with the debut of the Volkswagen I.D. R all-electric race car. It broke the hill climb record at Pikes Peak International in Colorado - becoming the first car to complete it in under eight minutes. Then, in June of 2019, it also broke the electric vehicle lap record on the Nürburgring in Germany.

The Volkswagen I.D. R is an all-electric racecar that’s faster than an F1 and can destroy the McLaren 720S in a drag race. It has two electric motors that combine to offer 670 horsepower and 553 lb. ft. of torque. The I.D. R took the EV title away from the NIO EP9 at Nürburgring, beating it by over 40 seconds. It topped out at 167mph, averaging 128.6 mph during its run on that track. It’s currently quicker than any all-electric production car, including the Lamborghini Aventador - by a wide margin. It’s the second fastest run ever recorded at that track behind the not-fully-electric Porsche 919 Hybrid Evo.

Electric has come a long way and Volkswagen isn’t stopping there. An upgraded ID R Evo version is well on its way. What do these successes mean for the average consumer? Volkswagen’s focus on e-mobility means trailblazing developments on consumer production models as well. The mass-produced ID.3 and ID.4 models are based off of similar technology developed by its racing brethren. While nearly 60,000 ID.3 units were delivered in 2020 overseas, the ID.4 was just released in the US (to excellent reviews) this year. The ID.4 was elected World Car of the Year 2021. Volkswagen expects more than half of their U.S. sales will be EVs by 2030; they plan to invest $19 billion dollars in “e-mobility, hybridization and digitalization” by 2025 - including the expansion of autonomous driving.

Check out the blog post we did on the new ID.4, read more about VW’s developments in the software industry or visit a location near you to test drive your favorite model today!