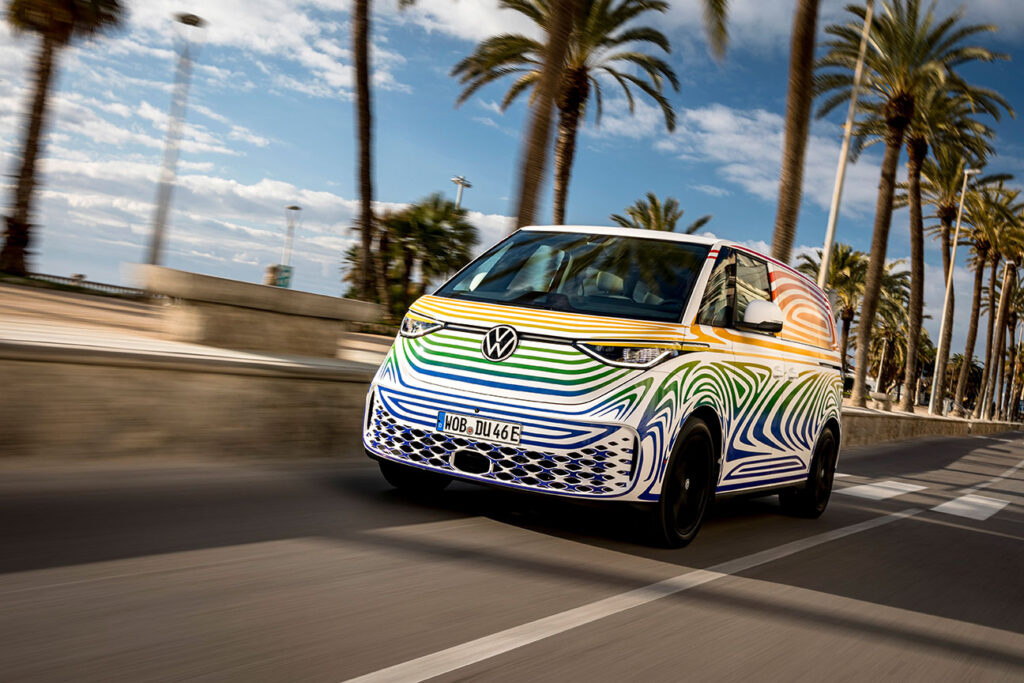 The Countdown to Buzz

The countdown to the new all-electric Volkswagen ID.BUZZ has begun. Inspired by the iconic Microbus, the ID.BUZZ has been in development for about five years. Early concept images received positive feedback and consumers have been excited about its imminent debut. As of the time of this writing, the world premier of the new ID.BUZZ is scheduled for Wednesday, March 9th. In addition to the unveiling of the 5-seater Buzz, Volkswagen will also premier the Buzz Cargo Van. Final testing is being run throughout Europe.

It appears that the new "2024" model is very similar to the original 2017 styling of the Buzz, drawing on the aesthetic of the legendary T1 Microbus. Like the original, the new Buzz is also rear-wheel drive. Unlike the original, the ID.BUZZ is electric “from the ground up,” according to Volkswagen. The battery supplies a 201 horsepower electric motor with a top speed of approximately 90 miles per hour and boasts a surprisingly tight turning radius. It’s being estimated that it will have a range of over 250 miles. The 5-seater offers good space utilization with plenty of room for passengers and nearly 40 cubic feet of cargo space. On top, there are two glass panels in the roof for a large panoramic view of the sky.

New technology has created the option for bi-directional charging, allowing the Buzz to store excess power and feed it back into other electric devices. Additionally, the Buzz is designed for over-the-air software updates, including the infotainment system, charging system and driver assist functions. There are also claims that this generation of the Bus could be fully autonomous by 2025. Additionally, there’s speculation that both a dual motor ‘long-range’ version with up to 295 horsepower and ‘7-seater’ version will be released. A ‘California Camper’ version has also been discussed, that should excite those of us who have been waiting for the retro comeback.

The ID.BUZZ isn’t expected to hit the U.S. until 2023 as a 2024 model and it might even have a different name by then. Depending on production numbers and availability, the new bus might be set up on a reservation system similar to the ID.4. Experts are guessing that the MSRP will start around $40,000 - $45,000.

Is the new ID.BUZZ something you’d be interested in driving?

CLICK HERE TO FIND A VW DEALERSHIP NEAR YOU