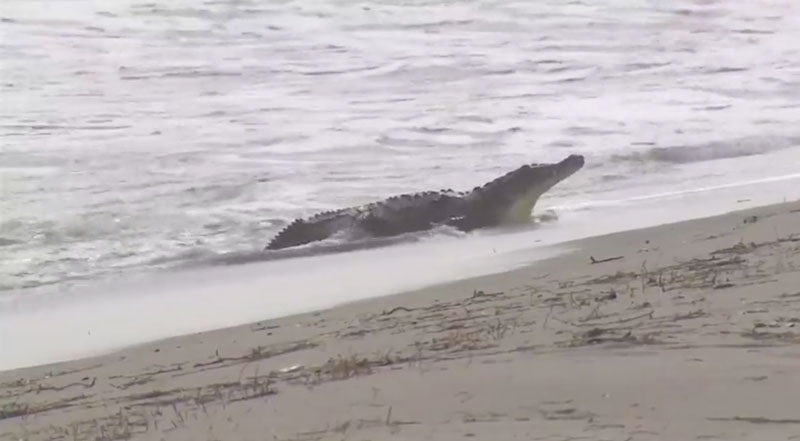 As if sharks weren't enough...

A Hollywood police officer approached people taking photos and told them to back up.

“Can you run 18 miles an hour?” the officer asked one woman.

“He can,” the officer said. Everyone backed up.

It was finally caught late in the day by officials and released elsewhere.

But, seriously, it wasn't enough to have jellyfish, stingrays and sharks to watch out for...now we need to worry about crocodiles now too?